For Republicans in Congress I have this little tidbit to offer. Give it up, it’s not working.
The idea of shutting down the government to protect your principles seems like a nice idea, but it’s not working out for you. For a start, it actually goes against your principles, in that it’s harming the economy you profess to be protecting, but that’s neither here nor there is it?
The reality in this case is fairly simple for even those with half a brain. You’ve not managed to get your way, and so you’re having a temper tantrum until you can. You’re hoping you can bamboozle enough people while this is going on, to keep your places in office come next year. Alas it’s not going to happen either, and let me tell you why. 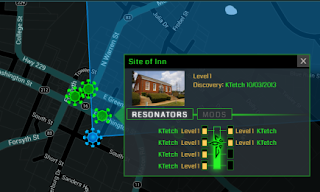 On October 3rd, I was out and about in the town of Monticello, Ga., hunting for Ingress portals. There are two by the US Post Office there (One for the post office, and one for the historical sign just outside it). As I was checking these out, and playing my game, a nice older lady approached me and asked if I was interested in knowing more about it, since I don’t look (or sound) like a local of the town. She explained about the mural that used to be inside, and was painted over (or put in storage, reports are mixed).
The kicker was when she asked me then what my thoughts were on the government shutdown. After saying I was disappointed with the House, and the childish mentality, she went on to tell me that she was disgusted, and was on her way to change from being a registered Republican (which she had been for decades) to an Independent. When I mentioned that the shutdown could have ended the day before, if Boehner hadn’t been insistent on the ‘Hastert Rule’ (showing that he’s not Speaker of the House, he’s Speaker of the Republican Party) and that there are enough House votes, both Republican (17 at the time, 22 now) and Democrat to end this, she seemed scandalized.
That’s right GOP, your party’s actions scandalized one of your core demographics – little old white women in rural Southern towns. An area so southern and rural, that it seems to have become the stereotype, used in films from My Cousin Vinny, to Halloween, Friday the Thirteenth to Sweet Home Alabama, And The Fighting Temptations to the Cannonball Run.
This is what should not just worry the GOP, but PETRIFY them. That town helped elect Austin Scott in 2010, a tea-party GOPer; and in the redistricting became part of the 10th district under Paul Broun, another Republican known for his excess. Both ran unopposed in 2012, but don’t expect that to continue (and Broun is campaigning for the Senate seat Saxby Chambliss is vacating next year in addition)
But when you act out of petty self-interest, ostensibly in opposition to a RIGHT wing health-care plan, and seek to destroy the economy because of it, that’s when the little old ladies do what they do to their unruly grandsons; wash their mouths out with soap, give their butts a good whuppin’, and make them stand in time out until they remember their manners and their obligations.
And that’s going to be the 2014 story, despite the gerrymandering and election-rigging (be it excluding independent auditors, or through voter suppression). You have been warned.
At the same time, we’d like to point out that any Pirate elected to Congress certainly wouldn’t turn up drunk, try to berate others for their own actions, or otherwise act in a totally disgusting way. Indeed the Pirate Party would not have allowed this to happen at all. Not that you can vote for a Pirate in Georgia, because of the highly restrictive ballot access laws in this state – Anything so Republicans don’t have competition it seems.

0 comments on “Pirate Party of Georgia: “The Shutdown is NOT Working for Republicans.””

Donate to help us spread the message!